Oppo could be launching a new sub-emblem known as ‘Reno’ on April 10, and it seems that the first cellphone will come with an unusual front camera, according to a leaked video.

Chinese cellphone maker Oppo may be launching a brand new sub-brand known as ‘Reno’ on April 10, and it appears that evidently, the first phone will come with an unusual front camera, according to a leaked video. The front camera, a pop-up selfie shooter, increases diagonally at the pinnacle of the smartphone, a Slashleaks video cautioned. 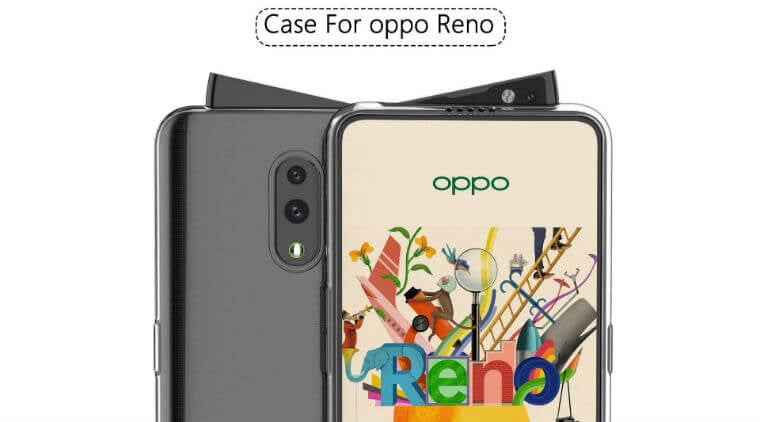 The leaked video also indicates the returned panel of the device, and it seems that the version is missing the 10X zoom behind the periscope lens, which became noticed at the demo unit back at MWC 2019.

The Oppo Reno case photos, which were posted to SlashLeaks, well-known shows a large cutout on the front for the peeking mechanism, whilst the bottom will have a USB Type-C port, a 3. Five mm audio port and twin-digicam on the lower back.

There is no bodily button for Oppo’s newly announced voice assistant called Breen. The new smartphone from Reno passed through Singapore’s IMDA (Info-Communications Media Development Authority) and Bluetooth SIG in advance this month.

While the IMDA certification does not spill mild on the approaching smartphone, the Bluetooth certification of CPH1917 reveals some specs of the primary Oppo Reno phone. According to Bluetooth SIG, the CPH1917 comes with a 6. Four-inch display and is powered with the aid of a Snapdragon 710 processor.

Previous reviews claimed that the Oppo Reno might be powered by using a Snapdragon 855 processor. The cellphone will characteristic a 48MP primary digital camera, a 5MP secondary snapper, and a 16MP front-facing camera. It also comes with ColorOS 6. Zero and Bluetooth five.Zero.